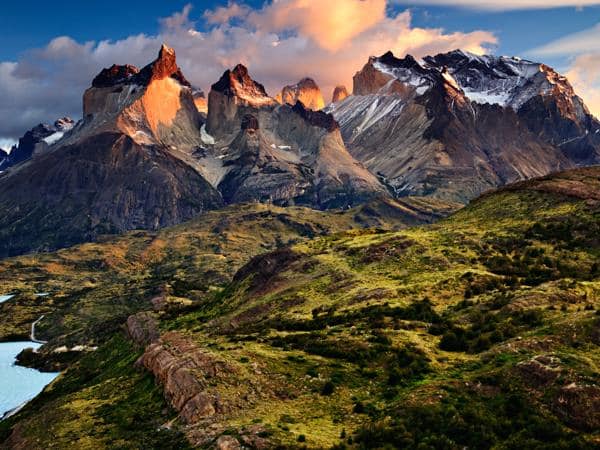 These best destination to South America are brought to you by cheap flights to Stockholm from the UK, a leading travel agency in the UK

For the second consecutive year, Chile received the World Travel Award as the best adventure destination due to its multiple options and its great geographical variety.
Chile was recognized for the second consecutive year as the leading destination in adventure tourism in South America, in the recent World Travel Awards, awards that highlight the excellence of the industry, and that was delivered in Lima, Peru.

The distinction highlights that the great geographic barriers that contain Chile, such as the Atacama Desert to the north, the Pacific Ocean to the west, the Andes mountain range to the east and Patagonia in the south, give the country a distinctive stamp that allows the practice of adventure activities in places “where man has practically not set his feet”.

North and Atacama.
The northern city of Iquique is considered one of the 10 best places in the world to fly in paragliding.
In this area, between the Atacama desert and the Pacific, not only are the best conditions for overflight, but the mild climate invites you to enjoy the beaches and outdoor life.
One more kilometers to the south is San Pedro de Atacama, the base to explore and explore the stunning environment of the driest desert in the world: the Salar de Atacama, the alley of the Moon, the geysers of the Tatio, and the mountain range of salt, among others geographical features that invite exploration and adventure.
Climbing the volcanoes that surround this landscape, such as Licancabur, Lascar and Llullaillaco, is an experience that requires at least two days of travel.

Glaciers and ski in South America
Although, as in the rest of the world, they are shrinking, Chile has more than 2,000 glaciers, many of them little known. And there is no need to go far from the capital, Santiago, since it is possible to get there by walking from 4 to 5 hours.
For example, the El Morado glacier, in the Cajon de Maipo, whose access route passes in little more than an hour from the urban environment to the Mediterranean vegetation.

In winter, the Cordillera allows you to enjoy excellent ski slopes and complementary activities, such as tubbing, randone and snowshoeing.

Lakes, mountain rivers, forests, volcanoes and ski centres populate Chilean Patagonia, from Chillan to the south.
There, among beautiful towns such as Pucon, Villarrica or Puerto Varas, among many others, there are spectacular trekking trails and mountain bike circuits, and you can do horseback riding, skiing, water activities in the lakes or climbing to the volcanoes.

Further south, the famous Carretera Austral covers more than 1,200 kilometres from Puerto Mont to Villa O’Higgins.
Most of it is gravel and requires an adventurous spirit and patience, but the effort has its reward since in each kilometre there are spectacular landscapes: forests, rivers, waterfalls, lakes, fjords, mountains and glaciers.
And places like the town of Futaleufu, considered one of the best in the world for rafting, on the Espolon and Futaleufu rivers.

Well to the south, Torres del Paine National Park, declared a Biosphere Reserve by Unesco, is a protected area of 227 thousand hectares with a network of ecosystems: lakes, glaciers, rivers, extensive meadows, waterfalls, forests and those particular towers of granite that give name to the place and that positioned Chile as one of the best natural destinations on the planet, according to the National Geographic Traveler magazine.

One of its most famous circuits, the W, for its variety of spectacular views and for being one of the best ways to get to know Chilean Patagonia, was selected by Lonely Planet as the best trekking in the world from several days to a few altitudes.

Author Bio: This article has been written by Daniyal Buksh, a professional content strategist and digital marketer at cheap flights to Sweden Remember follow us on Twitter for to know when we post new articles about travel topics. Thanks.