For centuries, Brazil has symbolized the escape into a tropical paradise, feeding the Western imagination like no other South American country has ever done. Brazil is a country of mythic proportions: from the unbridled passion for the carnival to the dark immensity of the Amazon.

Brazil is a land of astonishing beauty, with vast areas of rainforest, beaches and distance islands with endless rivers. The same Brazilian people delight visitors with their typical energy and joy.

With similar dimensions to the United States of America (excluding Alaska), Brazil is a large country that covers almost half of the South American continent and shares borders with most other nations of the continent except Ecuador and Chile.

After forty years of internal migration and population growth, Brazil is also an urban country; two of three Brazilians live in the city. Sao Paulo is the second largest city in the world.

Most of the country has a low rate of population, although some regions where it has traditionally been a low population density, such as the Amazon, are experiencing very rapid growth, accompanied by deforestation and the depletion of resources.

Brazil can be divided into four geographical regions. The long and narrow Atlantic coastline which is characterized by coastal mountain ranges which stretch between the Rio Grande do Sul and Bahia. But from the northern zone of Bahia the lands become flatter.Â The extensive highlands, known as Planalto Brasileiro or Central Plateau, are extended through the most part of the southern interior of the Amazon Basin and they are punctuated by several small mountain ranges crossed by several rivers. There are two great depressions: the Paraguay basin, characterized by open woodland, forest, scrubland, and the dense jungle of the Amazon basin to the southeast. With 6275 km of driving, the Amazon River is the longest in the world: its forests accounts with 30% of the global forest reserve.

The richness and variety of Brazilian fauna is amazing, taking the country to lead the world in number of species of primates, amphibians and plants, also is the third country in the world with more different species of birds and the fourth one with more species of butterflies and reptiles. However, many of these species are in danger of extinction due to the continuing devastation of the rainforest, the desertification which affect the northeast, the poaching in the wetland and the pollution in the coastal zone.

Across the country there are variations in the rate of rainfall, temperature and humidity, but only in the south of Brazil, these changes are extreme between stations. The Brazilian winter covers the period between June and August. The coldest provinces in the south of Brazil withstand temperatures between 13 C ºand 18 Cº. Rio de Janeiro in the summer (December to February) is hot and humid, with temperatures reaching 30 Cº , the rest of the year, temperatures around 25 Cº. The northeast coast is as hot as Rio but less humid and stifling. The highlands are cooler and less humid, prone to summer storms. The Amazon basin is the rainiest place in the country and, although very wet, temperatures remain around 27 C º all year round. 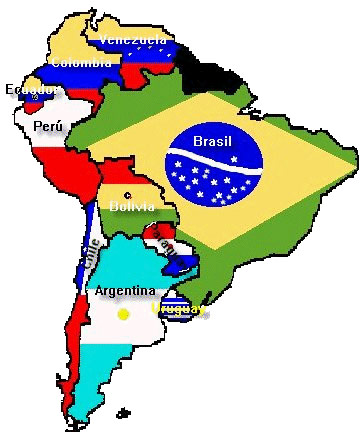