The pre-Columbian inhabitants of Ecuador excelled in pottery, painting, sculpture and jewelry in gold and silver. Spanish missionaries instructed the indigenous artists in the masonry and other trades, which would result in a beautiful Ecuadorian colonial architecture in many churches and museums, as well as a magnificent religious art.

The Quito School from the seventeenth and eighteenth centuries, mixed and combined the Spanish influence with the Indian imagery, but after the independence this combination was replaced by formalism, which included topics related to the heroes of the revolution and members of the high society. 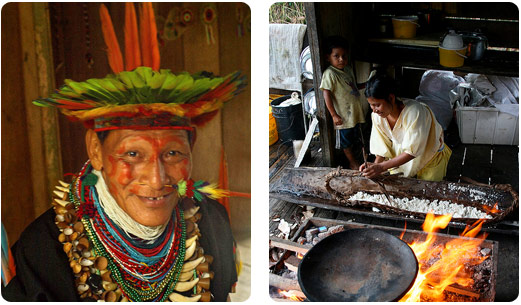 The colonial religious architecture of Ecuador, is predominantly baroque. The civil architecture tends, however, to the simplicity and elegance, and it consists of whitewashed buildings with balconies built around a central courtyard.

Traditional Andean music has a unique and disturbing timbre based on an unusual pentatonic scale.

The wind and percussion instruments including the bamboo flutes and Guaira are key elements to develop this sound.

The predominant religion is Roman Catholic, but there are other Christian denominations. The Ecuadorian Indians combine their traditional beliefs with Catholicism. Spanish is the main language, although most of the natives of the highlands are bilingual, being the main language Quechua and Spanish, the secondary. Several small communities in the lowlands speak their own language.

The Ecuadorian cuisine consists mainly of soups and stews, corn cakes, rice, eggs and vegetables. Seafood is especially good, even in the highlands. Among the local specialties, we can find the soup of legs of beef, the roasted pig and suckling pig. 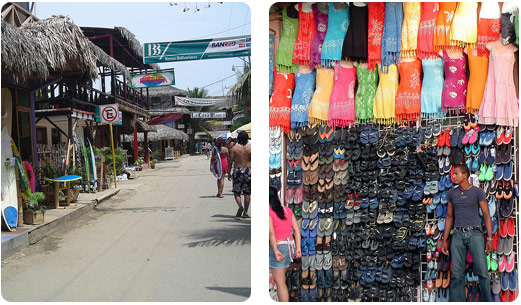 Markets in the streets of Quito Ecuador South America