The regional government of Lima is located in the central coastal Peru, facing the Pacific Ocean. It is the most populated area of Peru, and has a population of over 7 million inhabitants.
Lima bordering Ancash Huanuco, to Ica, Junín and Pasco. It has 175 municipalities. The region of Lima is a province with several microclimates, a feature that’s being on the coast and inland.

Within the region of Lima are 11 provinces, among which Barranca, Sing, Oyón or Huaraz, provinces that make this region is unique in that we offer some amazing natural contrasts, for example, the Hill of Pasamayo, With more than 1,000 meters high rises over the Pacific Ocean. We must also emphasize the majesty of the Andes.
As for its history, Lima was founded in 1535 by Francisco Pizarro, who founded it as the City of Los Reyes, a name that over time became Lima, the current name of this majestic city where immigrants live all over the world. The historic center of the city, not surprisingly, has been declared a Historical and Cultural Heritage Site by UNESCO.

Economically, Lima lives of the financial economic activity, services and factories. Tourism is also an important part of the city’s economy.

Lima’s beaches are the beaches of the Pacific Ocean, and in them we have to distinguish two groups in the north, which are tropical beaches with warm waters, and the south, which are exposed to currents such as Humboldt are much colder.
Regions north as Tumbes, Piura, Lambayeque and La Libertad and Ancash central regions, Lima and Ica, and southern regions such as Arequipa, Tacna concentrated Monquegua or 3000 kilometers of coastline of Peru, 3000 kilometers of beaches and the warm North or colder as the Southern. 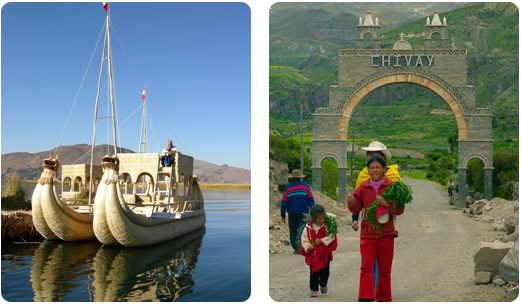 We described in the following links the best tourists places to visit in Peru: