Colombia is a mosaic of ethnicities, which is reflected in its culture, folklore, arts and crafts. The different roots and traditions of the indigenous, Spanish and Africans have created interesting fusions, particularly in the field of crafts, sculpture and music.

The basketry, weaving and pottery dating from the indigenous pre-Columbian times, are combined nowadays with modern techniques and traditional designs.

Colombian music incorporates African rhythms of the Caribbean, Cuban salsa and Andean music, and it has a large Spanish influence.

The Colombian literary giant, is Gabriel Garcia Marquez, whose works mix myths, dreams and reality in a style that critics have called magical realism.

Garcia Marquez insists that his work is documentary, and it reflects the nature, timing and perception of life in Colombia. Of the new batch of Colombian writers, the most interesting is Moreno Duran, considered the best Latin American novelist and he emerged from the literary boom of the fifties.

The official language is Spanish and, except for some remote Indian tribes, all Colombians speak it. There are also about 75 indigenous languages which are still used in the country. Although the education system includes teaching English, this language is still a language little known and poorly spoken.

Catholicism is the dominant religion, although more than three million people have left this belief to embrace other faiths (Anglican, Lutheran, Mormon, etc.) or various religious sects. 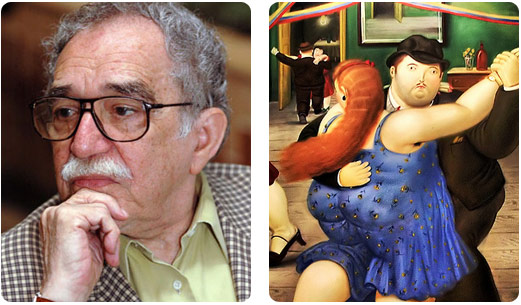 The Colombian cuisine is based mainly on chicken, pork, potatoes, rice, beans and soup. Among the most interesting regional dishes we find the “Ajiaco”, a soup of chicken and potatoes, especially from Bogota, the big ass ant, a very special dish, unique in Santander, based on fried ants, and the suckling pig, roast suckling pig stuffed with rice, specialty of Tolima. The variety of fruit is astounding, the coffee and beer are of high quality. 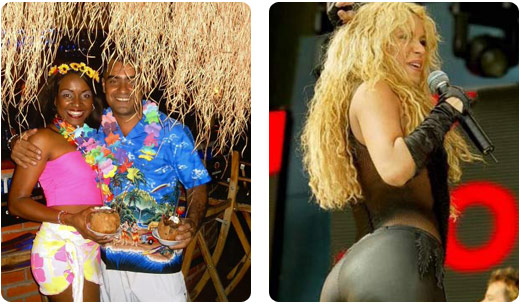