We suggest you to try typical dishes such as soup, stew made of corn porridge, a hot corn cake with chunks of meat and a thick soup made with minced meat with rice or noodles. Among the desserts, it highlights the mbaipy he-e a delicious blend of corn, milk and molasses. countries.

The country consumes a large amount of mate, and often drinks juice of sugar cane and cane alcohol.

Meat dishes and tropical and subtropical foodstuffs play an important role in the diet of Paraguay.

Almost all the dishes containing grains, especially maize and manioc.Roman Catholicism is the official religion, although the influence of the Church is less pronounced than in many other Latin American Other religious groups of Paraguay are the fundamentalist Mennonites and the controversial New Tribes Mission, an evangelical group which operated in collusion with the dictatorship of Stroessner Agustin Barrios (1885-1944) was one of the most important guitar composers of Latin America.

He used to play his music wearing Guarani clothes.

Something rather curious happens with the Paraguayan music: Despite the fact that almost all people still speak the indigenous language, Guarani, the music has a European origin, with little influences from Argentina and Brazil.

The most popular instruments are the guitar and harp, and the songs tend to be slow and romantic. However, the dances are much more animated, like the polka and the bottle dance which is called like this because the dancers spin in a circle with a bottle over his head. 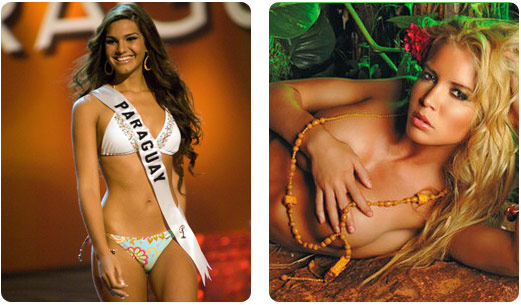 The theater is very popular, and it offers occasional performances in Guarani, as well as in Spanish. In many galleries you can see visual art shows of great originality. The preeminent literary figure in Paraguay is the poet and novelist Augusto Roa Bastos. 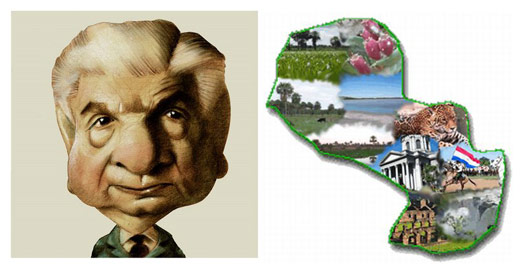