The remains of great civilizations make Peru a fascinating country. Visitors can visit colonial cities that still retain the legacy of the Spanish, visit the ancient Inca capital, Cuzco, or explore the lost city of Machu Picchu and ponder the mysterious Nazca drawings.

But you do not need a long stay in Peru to realize that the New World had a complex cultural life, thousands of years before Pizarro arrived in Inca land.

The country boasts spectacular scenery and varied. It is said that the Peruvian Andes are the most beautiful in the continent and its mountains are inhabited by millions of Indians who still speak Quechua and preserve their ancestral way of life.

The Amazon basin occupies half of Peru and is one of the ten points of the world where there is greater biodiversity.

This is an area of rainforest rich in species. Although travelers often do not appreciate the coastal deserts, with their huge rolling dunes, farmland oases and fishing villages, all of them offer a perfect opportunity to escape the traditional routes. To enjoy Peru you just need to have a curious spirit and interest in the landscapes and history. 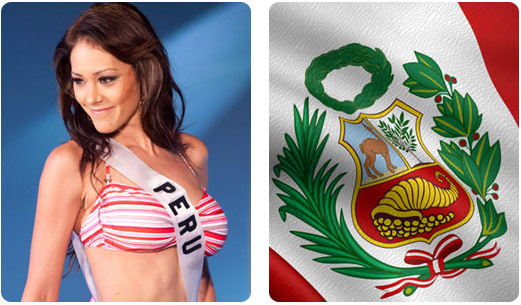 Peru is located at the western edge of South America and it borders with Chile (south), Bolivia (southeast), Brazil (northeast), Colombia (north) and Ecuador (northwest). It is composed by three regions: A narrow coastal belt, a large Andean zone and the Amazon Basin. The coastal strip is dominated by the desert where are located the main cities and the country’s best highway, the Pan american. 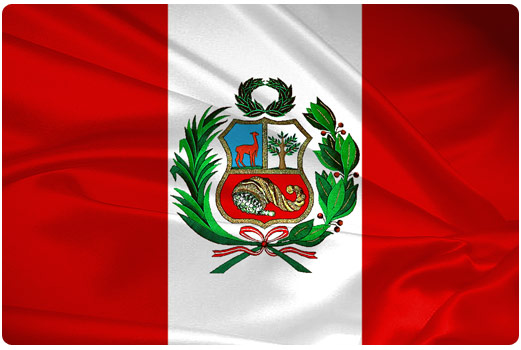 The Andes consist of two chains, Occidental and Oriental, and it is possible to find there the highest peak in Peru, Huascaran (6770 m). To the east of the country lies the Amazon basin, an area of tropical lowlands drained by the Maranon and Ucayali rivers.

The desert coast of Peru is rich in marine life and birds, with colonies of sea lions, Humboldt penguins, Chilean flamingos, pelicans, Peruvian boobies and endemic tendrils of the region. Among the most common birds in the highlands we can find the Andean condor, puna ibis and a variety of hummingbird. The highlands are also inhabited by llamas, alpacas, guanaco and vicuña. 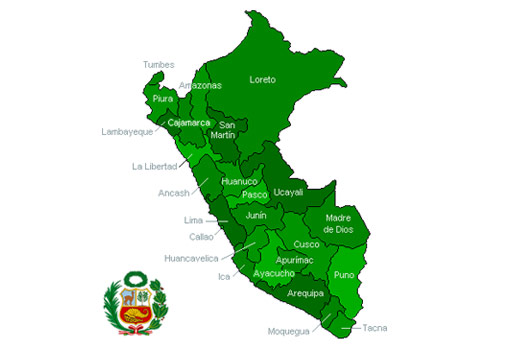 The Eastern Andean slopes are the domain of jaguars, spectacled bears and tapirs. The flora includes unique plants and very resistant. The Polylepis forests stand located at extreme altitudes. The ecosystem is protected by a network of national parks and reserves made up nearly 30 different areas that occupy about 7 percent of the land surface.

The climate of Peru is divided into two seasons, the dry and rainy, although both vary from one region to another. The coast and western Andean slopes are dry, and in those areas the summer lasts from December to April. The rest of the year there is drizzle (coastal fog), and rarely reaches the sun shine. In the Andes, the dry season lasts from May to September and the wet season the rest of the year. In the eastern slopes of the Andes, the dry months usually correspond to those of the plateau, although the wet season (January to April) is more pronounced.