European influences have permeated the art, architecture, literature and lifestyle of the Argentines. However, notably in the field of literature, Argentina has developed a multicultural exchange and has offered to the world several renowned authors such as Jorge Luis Borges, Julio Cortazar, Ernesto Sabato, Manuel Puig and Osvaldo Soriano. 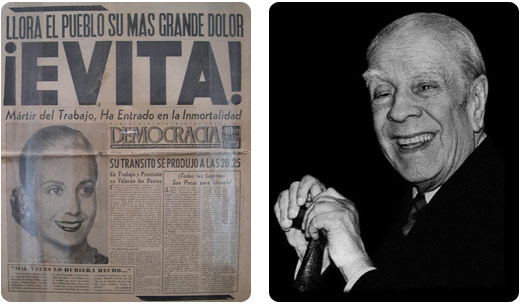 Many argentines have studied in Europe and one result was that Buenos Aires emulated european trends in art, music and architecture.

Therefore, the city has numerous museums and major art galleries and a vigorous theater community.

The Argentine films have also gone beyond Argentina’s borders, and have been used to erase the horrors of the Dirty War, which is now beginning to be reflected in some of its films.
The most famous popular culture in Argentina is the tango, it is a dance and music which have captivated the imagination of romantics from all parts of the world.

Also noteworthy is the country’s folk music, but for Argentines, the sport is something essential, for instance the football (Soccer) is more a national obsession than a game. Argentina won the World Cup in 1978 and 1986, and the exploits of Diego Armando Maradona, one of the most popular Argentine since Che Guevara, have kept busy to the soccer fans, paparazzi and columnist for several years.

Roman Catholicism is the official state religion, is dotted with popular beliefs which diverge from official doctrine. Spiritualism and veneration of the dead are deeply rooted.

Spanish is the official language, although some communities retain their Indian languages as a symbol of identity. The Italian is widespread, reflecting the influence of the largest group of Italian immigrants in the country. There are 17 native languages, such as the Quechua, Mapuche, Guaraní, Toba and matacos. 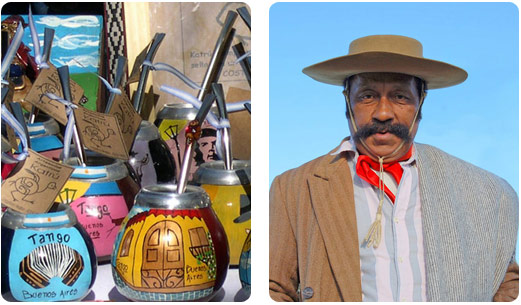 Meat dominates Argentina’s menus, and in this country meat means beef. Grills should be sought, including virtually all parts of the animal: tripe, intestines, and udders … An alternative food are the traditional Italian dishes such as gnocchi. It also highlights the exquisite Argentine ice cream, again reflecting the Italian influence. Share mate (a type of tea) with friends is a real ritual, and the fact that someone is offering to drink one, it is considered as a way of being accepted into the group.