The Republic of Suriname is a country located in northern South America, between French Guiana to the east, Guyana to the west and south Brazil. Its border with Guyana in the south is disputed. Its northern boundary is the Atlantic coast.

Suriname is synonymous with green, the Amazonian landscape, waterfalls and indigenous villages.

Suriname is a disputed territory, since it was a colonized by the Dutch many people still believe they are called Dutch Guiana.

It is a very small country and 80% of its territory is covered by the Amazon forest that gave him the nickname “green country” or the world’s greenest country.

The sparse population of about 500,000 in 2005 lives within 30 km of the coast, pushed through the dense jungle from inside the country.

The official language of Suriname is Dutch, the population is a cultural mix from combinations of immigrants who arrived in the 19th century to these lands for the exploitation of rubber. There is a mixture of Europeans, Amerindians, Chinese and Africans.

Most of the population still dominates the taki taki or stranang Tongo, a local dialect.

Suriname is the smallest country in South America. The highest peak in Suriname is the Juliana top to 1286 meters. It can be divided into two parts, the northern lands, coastal and crops and the southern tropical rain forest sparsely populated. 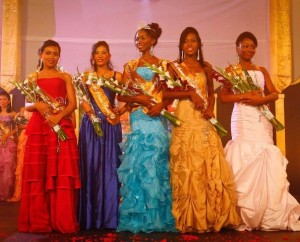 The best season to visit Surinam is from early February to late April-August to mid December when the weather of Suriname is milder.

The capital city is Paramaribo, the local currency is the dollar Surinamese in 2010 amounted to about 2.7 u $ s dollars. For an idea of the Big Mac combo with fries and a soda costs $ 4 and of course you can enlarge them for u $ s 0.50 more if you like 🙂

There are about 13 nature reserves and national park in the Amazon territory, to check it is best to get vaccinated against malaria, yellow fever, tetanus, cholera and hepatitis.

Brownsberg National Park is the most popular of all, some 130 KM far from the capital, the structure is good, may observe birds, monkeys and several species of animals, waterfalls and streams in one of the quieter areas of the continent Amazon . The park is open all day but it is not advisable to visit at night, for trips must have some USD 200 x people for a tour of 3 days.

The cost of the expedition includes transportation, meals and lodging, if desired for USD 8 may make a day visit in micro departing from Paramaribo.

Other attractions and major tourist destinations in Suriname are:

Facts to consider when you travel to Suriname:

If you rent a car check the status of it, for lack of spare parts they do not tend to be in good condition
If you are talking on the phone knows there is no codes in the country and area codes if calling from overseas dial +597 only
In Paramaribo there is growing wave of violence or theft, ask about the main sources to be avoided and always take caution with your personal items, do not carry much cash with you and if you do take to the streets and avoiding preferably accompanied night hours

Other useful information on Suriname