Ecuador is a South American country that is located in the northwest of the continent, bordering Colombia, Peru and the Pacific Ocean. It has a population of 15 million inhabitants and its area is 256.000 square kilometers. Its capital is Quito and the jungle and over 2000 kilometers of coast are the main attraction, as well as its cuisine, its people and, of course, the Galapagos Islands, a wonder of nature. Ecuador is a country of diverse cultures, of miscegenation, an impressive wealth from the standpoint of cultural, historical, archaeological and of course, natural. A 950 km of the coast are the Archipelago of Columbus or the Galapagos Islands, a place where nature has an important presence. Santiago de Guayaquil is its largest city, but San Francisco de Quito is the most populous.However, other major cities are Cuenca, Machala, Loja, Duran, Milagro, Ambato, Esmeraldas, Chone among others. 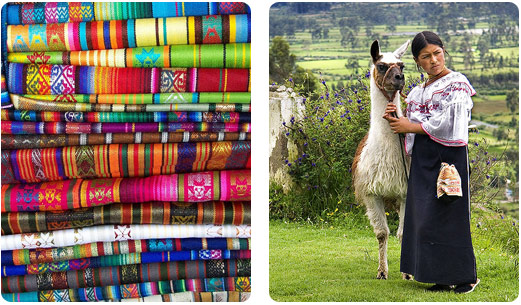 Ecuador is a country in which we highlight above the rest 3 cities and one province. The main cities of Ecuador are Guayaquil, which is the most populous city, Quito, which is the capital of Ecuador and the city of Cuenca and the province of Galapagos which are the nicest tourist destinations of Ecuador.

Ecuador may be divided into two parts, first the inner cities with more cultural tourism and friendly environmentally, natural monuments to see, museums to visit, etc … and the coastal cities or the outer edge, such as City Esmeraldas and Guayaquil. Within the first group we can highlight some such as Quito, the capital, Cuenca.

All have their interest, interesting point, all of which are ideal destinations for one or another reason to enjoy your vacation in Ecuador.

We describe in the following links the best tourist destinations of Ecuador: