The Chaco in Paraguay

The chaco of Paraguay

The Chaco is an extraordinary monotonous plains area with a large population of Indians. Its only paved road, Route Trans-Chaco, leads to the religious community in Philadelphia, settled by Mennonites in the late 1920s.

Other Mennonite colonies, are Loma Plata, the oldest settlement and the traditional, Neu-Halbstadt, great place to buy Indian handicrafts. Near the border with Bolivia, you can find the Defensores del Chaco National Park, a lush floodplain where is found the hill Cerro Leon, with 500 m of altitude.

Flora and Fauna of Paraguay

The dense thorn forest harbors some of the endangered species in Paraguay and it is an excellent opportunity to observe big cats such as jaguars, pumas and ocelots. Piribebuy During the War of the Triple Alliance, the town of Piribebuy, located at the east of Asuncion, was the national capital. It is nowadays a haven of peace, important only for its excellent church, its strong local drink which is called caña, and an interesting museum which was opened by a request of a veteran of the Chaco War.

Wounded three times by Bolivian bullets, the man makes a tour through the museum and at the end of the tour he shows his own bloodied and torn uniform. 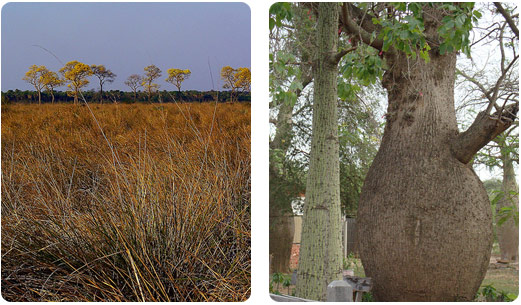