Since long ago, Santa Cruz has a reputation as a center of drug trafficking, but apparently this is ceasing activity lately. Currently, the city is experiencing a boom in the agricultural sector. Over the past four decades, this great city on the edge of the jungle retreat has undergone a rapid transformation. Formerly a backlog of 30,000 cattle town, now occupies the post of second population of Bolivia, with more than one million inhabitants.

Although still growing at a frenetic pace, this cosmopolitan city retains some features of its past. As a commercial and transportation center, has direct flights to Miami and Europe, but many people still come from the forest who are often seen in the main square. Visitors appreciate the tropical environment and border, and use the city as a base for exploring the surrounding rainforests and eighteenth-century Jesuit missions. 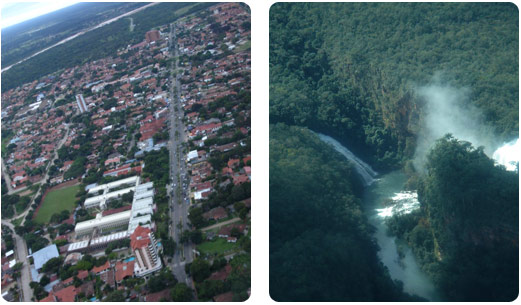