There are many good places to practice para gliding in Rio, especially in the area of Pedra Bonita, near Pepino beach.

Surfing is a popular sport along the coast, both in Rio and in the southern state of Santa Caterina, where waves action is especially strong.

Rent a Car in Brazilian beaches

For sailing, the best places are Buzios and large Ports scattered along the coast.

Inland, the Araguaia River in Goias and Tocantins, is known as a paradise for fishing. For climbing, we recommend Rio and its environs, as well as the State and National Parks. 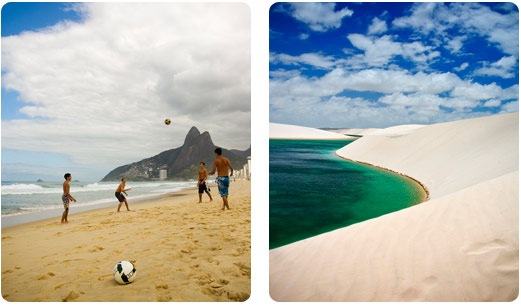 The Soccer is a National obsession and if you can play or understand the subject, it automatically becomes the center of attention.