Its important European heritage seems to decrease the influx of Western travelers in relation to other neighboring countries such as Peru and Bolivia.

For many centuries, the French education to the Chilean intellectuals influenced his art, music and architecture, and involved the construction of important art galleries and museums and a thriving theater scene.

The Chilean art is internationally known, it has two Nobel prizes for literature, the poets Gabriela Mistral and Pablo Neruda.

Until the military coup of 1973, its cinema was among the most experimental in Latin America. 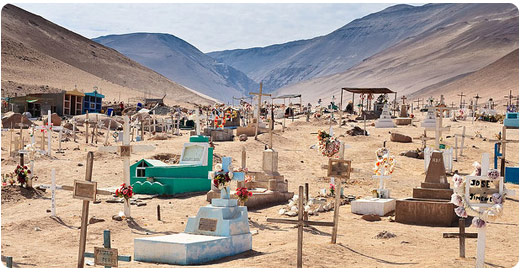 Popular music was an especially important outlet for the most oppressed, and has been heard frequently in Europe, in the voice of artists in exile during the Pinochet period. 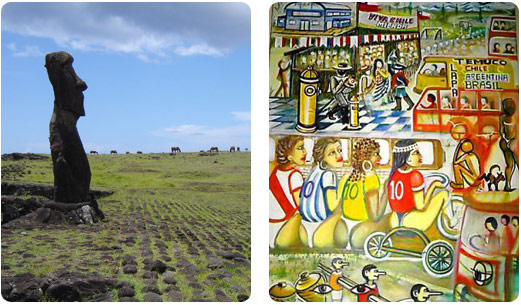 Approximately 90 percent of the population is Catholic, though evangelical Protestantism is becoming increasingly popular. The religious architecture, like colonial churches and the shrines located along the roads are extraordinary manifestations of folk art. Spanish is the official language of Chile, but still remain several native languages. In the North there are over twenty thousand speakers of Aymara, and in the south, half a million of Mapuche. The most intriguing linguistic minority is constituted of about two thousand inhabitants of Easter Island that are reported on Rapa Nui, the Polynesian language. 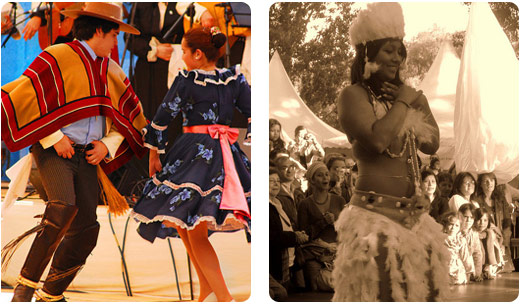 The Chile’s cuisine reflects the country’s topographical variety. The main dishes are composed by seafood, beef, fresh fruits and vegetables. The pies have a variety of fillings and there are also many types of breads and potato flour. The favorite plate is lomo a lo pobre which is an enormous slab of beef topped with two fried eggs and buried in chips. The grill consists of an assortment of grilled meat that also includes intestines, udders and blood sausages. The curanto, one of the finest dishes of the nation, is a hearty stew of fish, shellfish, chicken, pork, lamb, beef and potatoes. Chilean wines are considered the best in South America. The pisco sour, a drink popular senior, is a grape brandy served with lemon juice, egg white and powdered sugar.