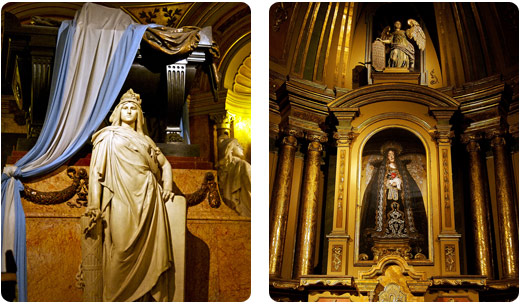 Metric system, although in some rural areas may use the league (approximately 5 km). The Currency is the Argentine Peso The meals may have the following prices: Low budget: Around 5 dollars, intermediate budget:USD 15, high Budget: from 25 dollars.

The accommodation may have the following prices Low budget: Around 15 dollars, intermediate budget: USD 50, high Budget: from 80 dollars. (Prices per person in double room)

Currently, the Argentine currency (Peso Argentino) has fallen by nearly seventy percent against the U.S. dollar. This is translating into very economic prices for travelers.

The American dollar is accepted almost without any problem; in general, it is not necessary to convert into pesos especially by many tourist-oriented businesses, but anyway you should always carry some Argentine Pesos in your pocket.

The most common credit cards are Visa, MasterCard and American Express. Some businesses add a surcharge of 5% or 10% toward credit-card purchases.

It is usually to leave a 10 percent tip and it is not often to bargain, except in the artisan markets.

The ATMs are found in nearly every city and town in Argentina and can also be used for cash advances on major credit cards. Almost all of them have got instructions in English.