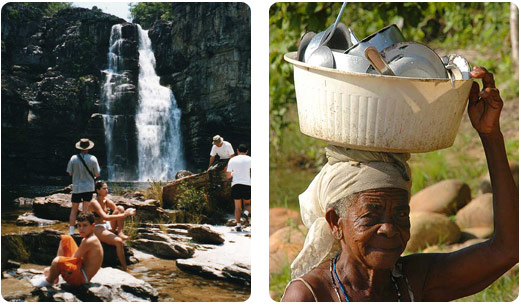 This picturesque park is located in the higher elevations of the center-west of the country, just 200 km north of Brasilia, the capital of the country.

Its large waterfalls, natural pools and palm forests have become a destination area for ecological tourism.

Lakes of the National Park in Brazil 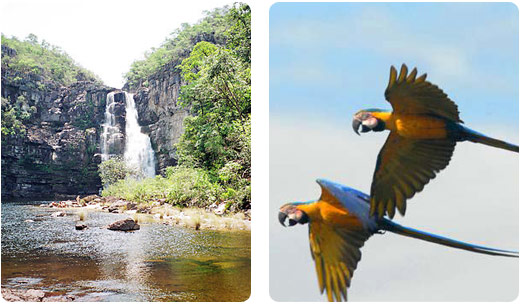 Falls and birds in the National Park

The park has a camping area and in the vicinity, there are some places to stay.