Getting there & around Uruguay

Montevideo is the main air access of the country. The road links and bus services to Argentina and Brazil are good.

Unfortunately, there is not an international railway line. Between Colonia and Buenos Aires there is a ferry service with daily departures.

Since the military airline TAM has suspended its services, there are no domestic flights within Uruguay except the ones that go from Montevideo to Punta del Este performing flights to Brazil.

Buses are reasonably priced and routes that target all major destinations have daily departures with a good frequency.

Ferry and bus reservations in Uruguay

Traveling by car poses problems when leaving the center of Montevideo because the winding roads and the hilly terrain, which require some attention. Local transport is predominantly by bus or taxis equipped with meters. 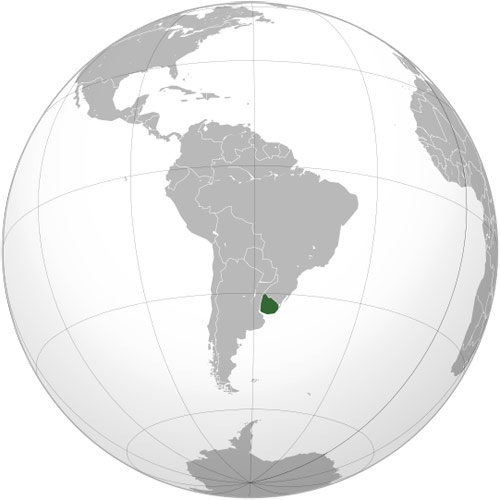 Map of Uruguay in the Planet Earth