the lowlands of the Amazon Basin Ecuador

This large region in the lowlands of the Amazon Basin contains vast expanses of jungle and attracts visitors interested in natural history, ecology, tropical habitats, indigenous tribes, ornithology and tours through the jungle.

Unfortunately, some unscrupulous tour guides run tours to very primitive indigenous communities, where they observe the natives as if they were characters of the show. It is advisable to avoid such visits.

The main towns providing services in the region are Macas, Puyo, Tena, Coca and Lago Agrio. The Mishahualli town which is located near Tena, is a good place to organize trips through the jungle. 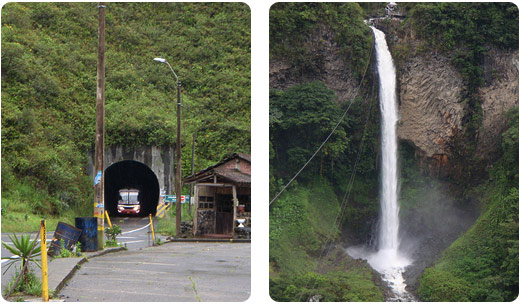 The Pastaza River divides the area in two parts. Most roads in the south are unpaved and subject to landslides and other accidents during the rainy season between June and August. You should not set a very strict program if you visit the area during those months. During late August and from December till February are the best months to go there.

The road network in the North of this region is very good and it has connections to the capital. There are two roads to go to Quito, several buses, a system of motorized canoes and several domestic flights.