Health risks: There are no particular risks, but you should consider vaccination against hepatitis 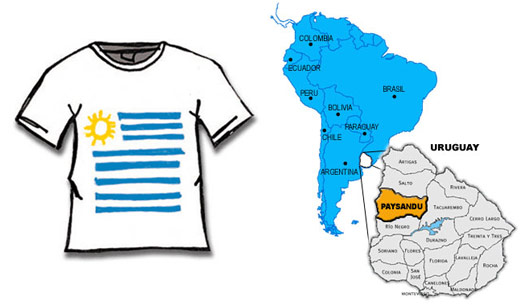 Uruguayan t shirt and Map of Uruguay in South America

In Uruguay, inflation is offset by currency devaluations, as dollar prices do not vary substantially. The costs, especially housing and transport, are slightly lower than in Argentina. Travelers on a tight budget can survive with $ 50 a day, but if they require more amenities, they should expect to spend 100 dollars per day. In the currency exchange offices located in Montevideo, Colonia and the most important beach resorts is possible to change dollars in cash and travelers checks (checks with a slightly lower commission).

In the interior of Uruguay it is usual to change the currency in bank offices. The hotels, restaurants and most luxurious shops accept credit cards, but the ATMs but do not support European or American credit cards. The black market does not exist. In restaurants it is common to give a gratuity of 10 percent of the account, although not mandatory, may be appropriate to round up the price of a taxi fare. 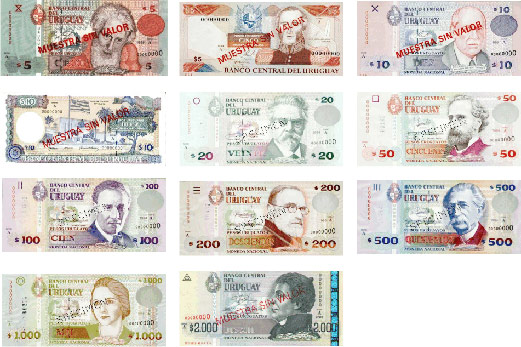