Brasilia, Brazil’s capital city from April 21st, 1960, is considered World Heritage, but at least you are a student of architecture, you will not find a lot of interest. Although the books look interesting description or photos give a good impression, visiting the city is another story.

Designed by architect Oscar Niemeyer, urban designer Lucio Costa and landscape architect Burle Marx, the city was built in the short space of three years (1957-1960) by millions of peasants who worked against the clock. Unfortunately, the most ambitious city project in the world was designed for cars and air conditioners but not for people. 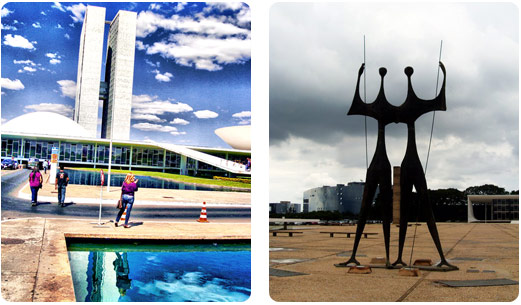 The popular National Park in Brasilia, an ecological reserve located in the northern part of the city, is the ideal place to escape from the searing heat.

The bureaucrats and politicians move to Brasilia attracted by wage increases of 100% and the large apartments that they are offered but as soon as the weekend arrives, they return to Rio or Sao Paulo, or anywhere less sterile than Brazilia. The poorest, who work in construction and service industries, spend their nights in huts located on the outskirts of the city, at distances of up to 30 km, known as “anti-Brasilias. 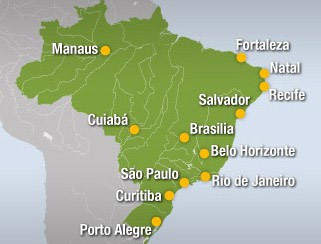