When to go & weather Peru

The major tourist season covers the months from June to August, coinciding with the dry season in the highlands, the best time for trips. During the wettest months (January to April), walking can become cumbersome because of the mud. The bulk of the festivities take place in the wet season and heavy rains do not get them tarnished in the slightest. 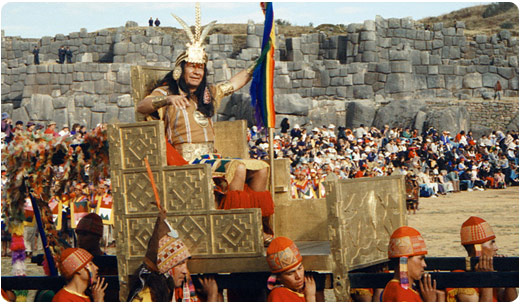 The Peruvians go to the beach during the sunny months, from late December to March, despite there are not a lot of attractive beaches.

The rest of the year, the coast presents a blanket of fog. In the eastern forests, rainfall is abundant.

The wettest months are those that extend from December to April, although the rain rarely lasts more than a few hours and, therefore, you can still enjoy the sun.

Most Peruvian celebrations pay homage to the Catholic liturgical calendar. It is celebrated with great pageantry, especially in the highlands, where they often coincide with a celebration of agriculture.

The most important celebrations are the Carnival Peru (February-March), very popular in the highlands, accompanied by water battles, the Inti Raymi (June 24), the main Inca festival, with dances and parades, the Independence of Peru (28 July), All Saints Day (November 2), with offerings of food, drink and flowers to the graves of relatives and Puno Day (5 November), characterized by the abundance of colorful costumes and dancing in the streets.