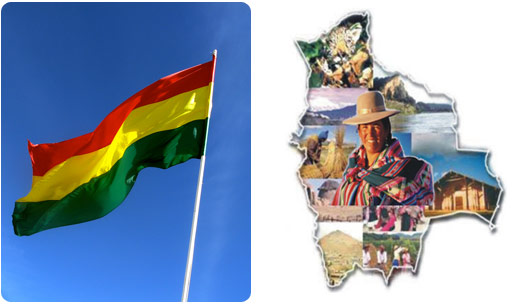 Language: Spanish, although most Indians speak Quechua or Aymara; also various dialects compounds Spanish to Aymara and Spanish to Quechua are spoken.

Bolivia is not an expensive country. The budget-conscious travelers can spend about 20 dollars a day, but if the travelers stay in comfortable hotels and eat in restaurants will have a daily cost of between 20 and 30 dollars. To live really well it is needed more than $ 35 dollars per day, while first class passengers can easily pay $ 150 without missing any whim.

In general, it is preferable to travel with U.S. dollars, the only foreign currency which is accepted throughout the country. The currencies of neighboring countries can be exchanged in border areas and in some exchange houses in La Paz. Travel agencies, jewelers, pharmacies and appliance stores usually accept foreign currency. Upon receiving the change, we recommend you ask small bills, to avoid problems with the change.