Colombia has returned. After decades of civil conflict, the country is now a safe place and travelers are discovering what was lost. Its diversity will astonish the visitor, who can choose from modern cities with skyscrapers and nightclubs, beautiful Caribbean beaches, jungle walks or safaris in the Amazon. 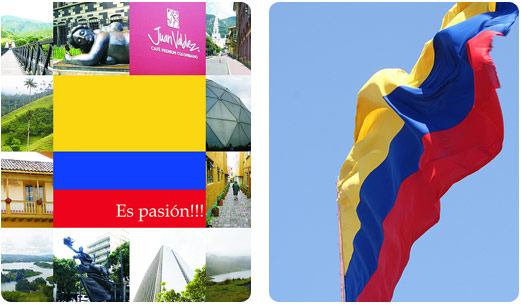 The list is endless because there are colonial cities, archaeological ruins, mountain hiking, whale watching, coffee plantations, diving and surfing.

Colombia is the fourth largest country in South America and the only one with coasts on the Pacific and the Caribbean. Bordered by Panama, to the northwest, Venezuela to the east, Brazil, Southeast, Peru, south, and Ecuador, to the southwest.

The Colombian territory also includes the islands of San Andres and Providencia in the Caribbean Sea, which are located 700 km northwest of the continent and only 230 km east of Nicaragua.

The topography of the country in the west has a predominantly mountainous landscape. 8,000 km of the Andes mountain range goes throughout South America and, upon arrival in Colombia, are divided into three mountain ranges: the Occidental, Central and Eastern. The valley of the Cauca and Magdalena valley are sandwiched between the three mountain ranges, its rivers flow northward, more or less parallel until the Cauca River where it joins the Magdalena and continues to the Caribbean. Apart from the three Andean chains, Colombia is home to the Sierra Nevada de Santa Marta, the coastal mountain system of higher altitude in the world. Over 50% of the territory east of the Andes consists of lowlands, covered by dense jungle crisscrossed by rivers and their tributaries. 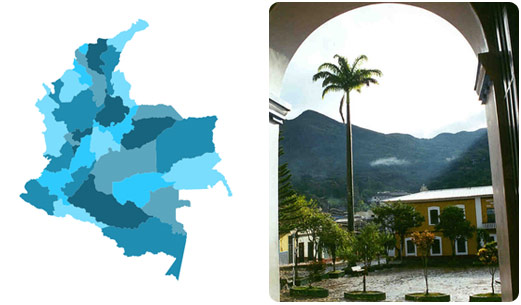 Among the geographical curiosities of Colombia we can find deserts in the northeast, the jungles of the Pacific coast, which has a record of rainfall, and the Hills De la Macarena, an isolated mountain formation that rises 1,000 m above the eastern plains.

Colombia prides itself on having the largest number of species of flora and fauna in proportion to its surface. Among the animal species we find jaguars, ocelots, peccaries, tapirs, deer, armadillos, numerous types of monkeys and the rare spectacled bear. There are more than 1,550 species of birds (more than Europe and North America combined), from the huge Andean condor to the tiny hummingbird. It also has got a lot of marine species, including the voracious piranha and electric eel. Colombian herbaria have classified more than 130,000 plants, including Amazon’s victory, similar to the water lily, with leaves as big and strong that they can withstand the weight of a child.

The network of natural reserves of the country includes 33 National Parks, six small areas known as wildlife sanctuaries, 2 National reserves and a unique natural area. In total, these reserves cover 7.9% of the area of Colombia.

Because the country is located near the Ecuador, average temperatures vary little throughout the year. However, the temperature as a rule varies with the altitude and it goes down about 6 Cº per 1000 m of altitude.

The Colombia’s equatorial climate has two seasons: summer (dry season) and winter (wet season). But because of the complex geographical and altitude of the country, there is not a general guideline for the seasons. An area that it follows a pattern is Los Llanos, in the east, where the dry season lasts from December to March while the rest of the year is wet. 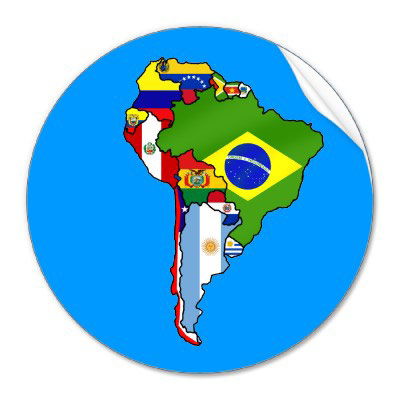