Located in a valley on the north coast, Venezuela’s capital is a metropolis of nearly 5 million people. Cosmopolitan and bustling nowadays is a westernized city that just keeps traces of its colonial roots.

Despite having the buildings with the most dazzling contemporary architecture of all South America,

Caracas has got enormous tracts of ranchos (slums made of tin and cardboard huts scattered on the hills surrounding the capital, that were the result of uncontrolled migration.)

Among its points of interest we can find the Plaza Bolivar, with the seventeenth-century cathedral, the birthplace of Bolivar, the “Santa Capilla”, a nineteenth-century neo-Gothic church built in imitation of the Sainte Chapelle in Paris, the monumental palace of Miraflores, a former residence of the leader Joaquin Crespo; the national cemetery, where lie many prominent Venezuelans, the Petares district, with colonial character, and the bustling Central Park, where conveys the modern spirit of the city.

The cheap hotels are located in the less salubrious suburbs and they are not always safe, especially at night. The best Hotel may be the Sabana Grande. It is advised to stay alert, because the robberies have increased in recent years. 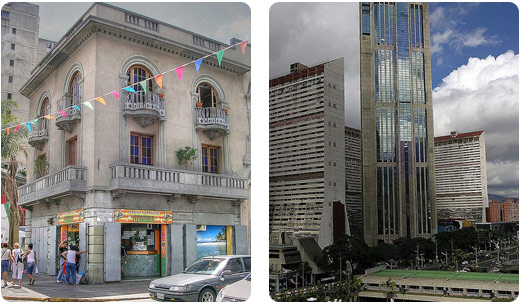 The nightlife is concentrated in the districts of Las Mercedes, El Rosal, La Floresta and La Castellana. It worth drinking a beer at the pub Greenwich or listening to jazz in Juan Sebastian Bar, one of the few places in town specializing in this music. 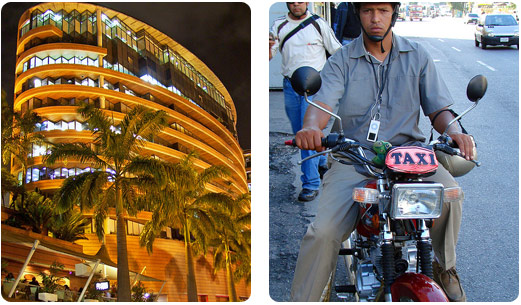