La Isla Grande de Chiloe of only 180 km long and 50 km wide, is lush and humid, consists of rolling hills and enjoys a temperate maritime climate characterized by rainfall and fog. It communicates with the mainland by ferries that depart from the northern tip of the island. 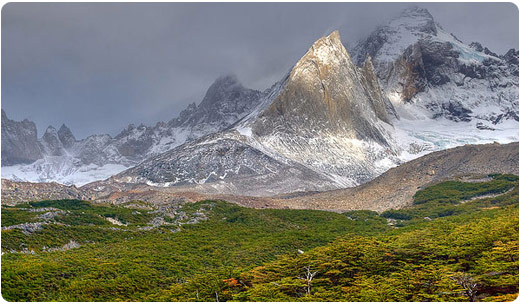 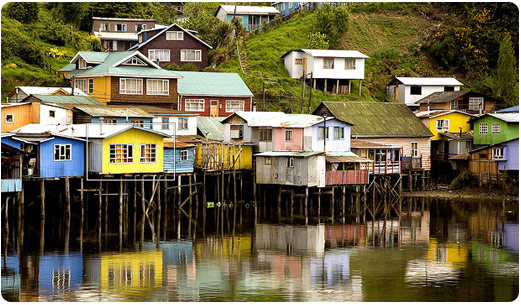 Their peoples have features wooden houses and houses built on stilts. Despite the poor visibility due to its climate, when there is blue sky, it is possible to see a majestic panorama across the gulf up to the snow-capped volcanoes in the continent.

Ancud and Castro are the only two relatively large-sized populations, but there are about 150 churches wooden serving to small towns of the island too. Chiloe National Park protects large areas of native conifers, evergreen forests and a long coastline which is relatively virgin. The pudú can be found in these territories.